Exclusive, online only, quick peak at the RijksakademieOPEN 2014 event on 29-30 November 2014 in Amsterdam.

We went to visit the local stand up open mic night run by Comedy Vibes and talked to some of the comedians about the concept, the experience of doing open mic stand up and the local English language comedy scene in Amsterdam.

NB the International Crap Artist has been true to his name and cancelled at the last minute. We might have to make Sander do his stand-up routine instead.

So Dam Local took part in ‘Koken in een andere keuken’ run by Amsterdam Verbindt at the Stoelen Project, a homeless shelter off the Marnixstraat in Amsterdam. The team cooked dinner for 45-50 homeless people and organiser, Hennie Heijmans, popped by to explain more about the scheme and how it connects those who are well off with those in need. This feature was first broadcast on Amsterdam’s Salto 1 TV channel on 18.11.14 on So Dam Local TV show, produced by Stichting Broadcast Amsterdam. Director & Editor: Cathy Leung

Here’s some film features we’re currently working on for the last few weeks of Season 2: 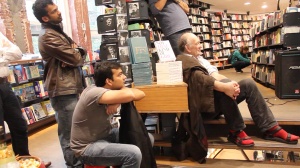 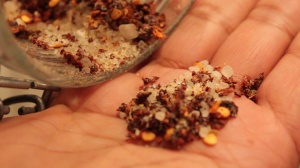 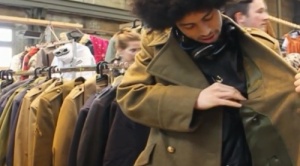 We bring you three short films instead of a live show this week, with our presenters Sander Oudkerk and Cathy Leung introducing each piece canalside instead of from the Pakhuis de Zwijger studio. What films you ask? These films: – A tour of the new Foodhallen from Dutchified – Vintage Hunting at the Ijhallen by Lisa Frey – the 2nd edition of the Amsterdam Writers Platform, this episode an interview with best-selling author, Marie Philips

We’ll have one of the organisers of this week’s World Food Day, a film about Amsterdam character the Happy Bookieman and Amsterdam Marathon runner Hans van der Lans will join us in the studio ahead to talk training, fundraising and more …

Here is a little extract from our interview with author Daniel Pembrey which we will be screening in the second season of So Dam Local. Coming very soon!!

Don’t forget, this Wednesday 30 July Morning Gloryville are back with another early morning energiser. The Amsterdam team joined us on So Dam Local last month to chat about their launch event, watch the interview here to get in the mood … and ideas for what to wear 🙂

Whilst you’re waiting for Season 2 of So Dam Local we’ll share with you an interview from the last episode of Season 1. Here’s Vicky Hampton (aka @AmsterdamFoodie) from Eating Amsterdam Tours chatting to So Dam Local host, Cathy Leung, about their new tasting tours of Amsterdam (www.eatingamsterdamtours.com).

We invite you to join us after work tonight from 18:00 for some drinks and a catch up with So Dam Local and the rest of the Broadcast Amsterdam team. We’re celebrating the end of our first season and also taking ideas for Season 2 which we’re planning for September.  Here’s where & when for the wrap party:
Thursday 3 July, 18:00-late
at Basis Amsterdam, Tolstraat 182, 1074 VM Amsterdam
http://basisamsterdam.nl
Nate and his What’s Up Amsterdam crew, Fay And Sam Heady from Future Vision Amsterdam, Greg Shapiro, the So Dam Local team (minus Nicola :-() and some of our filmmakers and past guests will be joining us. Feel free to bring along any one interested in what we’re doing, or actually anyone who would like to enjoy a cold beer in the sun …
And if you feel like it you can also sign up for the event on Facebook at: https://www.facebook.com/events/313877768778665/
Tot later … !
The So Dam Local team x 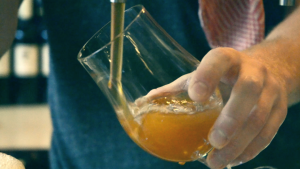 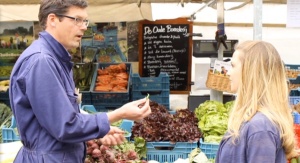 This week Arnaud Wiehe from Dutchified Vlog stops by and
Emil Struijker Boudier tries to redeem himself. The boys talk dos and don’ts about drinking on a terrace and all sorts of fun stuff.

I would rather drive go karts than 97% of all other activities in the world, combined. I made a list, I weighed my options and it’s true. Indoor go karting is is the top 3% of all possible things that a sentient being can do.

MAN OR ASTROMAN? at MELKWEG

From Wednesday until Sunday at the Westergasfabriek there will be a great variety of mobile kitchens. From the simple classic pizza to serious BBQ wheels. Entry is free. Food is money.

THE VELVEDETTES at PACIFIC PARC

Sexy lead singer, bass player and drummer if you’re into the ladies….and a sexy guitar player if you lean toward the gents.

Eye has an exhibition on remakes: Cinema remake – art & film. They are taking a look at movies that have been remade and have (again) become hits.

1) Does Godzilla love humans or hate other monsters?

2) Either way you have to admire the tenacity of the soldiers willing to fire thousands of rounds into something that can’t be injured by bullets.

3) Even after the monsters have been fighting in San Francisco for some time and the Golden Gate bridge has been destroyed there is an office full of office people doing office work, that are SURPRISED by the MONSTERS fighting just outside their window

5) Hey helicopter pilots, maybe fly a little bit out of the reach of the monster, like a dog on a chain.

***We have two tickets to give away to this show so if you like what you hear, shoot us an email at WUApodcast@gmail.com***

Jake Orvis of the .357 String Band and the Goddamn Gallows is part of the Farmageddon family, a label that puts out what you might call neo- roots music. It’s hillbilly, mixed with with cityboy mixed with Gypsies, cigarettes and whisky. You can’t live the life, cause it’ll kill you, but you can come dance to the music.

Celebrating street art in one of Amsterdam’s quirkier establishments.

Electronic/funk music festival to kick off the Amsterdam festival season. With various other fun projects.

Enjoy the video, drink every time the host blinks.

The International Amsterdam Tattoo Convention is back like clockwork at the RAI tattoo artists, techniques and designs for those who love to artify and weirdify their bodies!

There will even be tattoo competitions judging the best designs in lettering/text and tribal tattoos, old-school tattoos, oriental tattoos, sleeves and back-pieces and black/grey tattoos!

There’s also bands, piercing stands, a body-art display, street-art exhibits and of course plenty of food stuffs and drinks! And for the kids there….well…nothing. Just kidding! There’s a sword swallower.

Jan Klassen loves his family but lacks the communication skills to express his frustration with the modern world, so he beats his wife relentlessly

In Dutch, Punch and Judy are called Jan Klaasen. And now you can see a good old fashioned puppet show like they’ve been doing for 100’s of years, for free, right in the middle of Dam Square. It’s in Dutch, but your kids will laugh as Jan gets whacked in the head 50 times anyway.

Improv comics make fun of movies while you make suggestions and laugh.